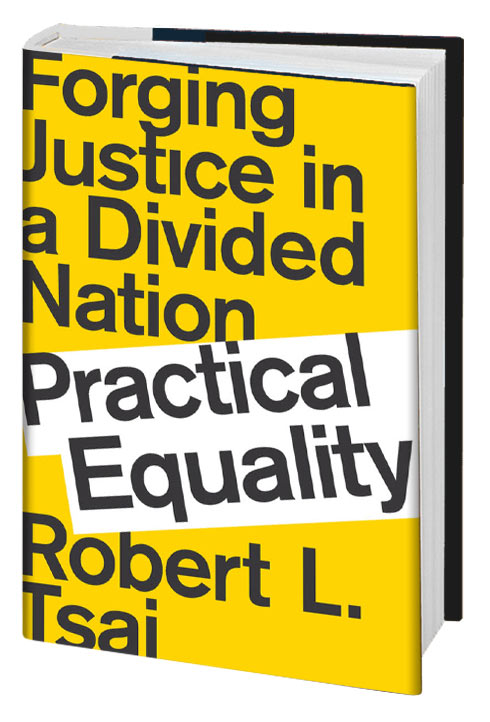 A path-breaking account of how Americans have used innovative legal measures to overcome injustice — and an indispensable guide to pursuing equality in our time.

Equality is easy to grasp in theory but often hard to achieve in reality. In this accessible and wide-ranging work, Boston University law professor Robert L. Tsai offers a stirring account of how legal ideas that aren’t necessarily about equality at all—ensuring fair play, acting reasonably, avoiding cruelty, and protecting free speech—have been used to overcome inequality in the past and can serve as potent alternative tools to promote equality today.

Practical Equality is an original and compelling book on the intersection of law and society. Tsai, a leading expert on constitutional law who has written widely in the popular press, traces challenges to equality throughout American history: from the oppression of emancipated slaves after the Civil War to the internment of Japanese Americans during World War II to President Trump’s ban on Muslim travelers. He applies lessons from these and other past struggles to such pressing contemporary issues as the rights of sexual minorities and the homeless, racism in the criminal justice system, police brutality, voting restrictions, oppressive measures against migrants, and more.

Deeply researched and well argued, Practical Equality offers a sense of optimism and a guide to pursuing equality for activists, lawyers, public officials, and concerned citizens.

“The gap between intuition and argument—between outrage and the best response to that outrage—is the subject of Robert Tsai’s Practical Equality. Tsai, a constitutional litigator, is intimately familiar with how arguments about equality have unfolded in the courts. Often, he writes, the moral magnetism of the equality backfires.”
—Joshua Rothman, The New Yorker

“Robert’s words and his book are so important.”
—Joe Scarborough, Morning Joe

“This is an amazing project.”
—Dahlia Liwthwick, Slate

“Much of the book offers practical advice for spreading equality in the legal system, … delivering his ideas in vivid prose. A well-reasoned treatise on the history of equality in America and how best to secure it in the future.”
— Kirkus Reviews

“Despite raging controversies, it still remains possible for the Supreme Court to bring Americans together rather than drive them further apart. Robert Tsai brilliantly describes great Court decisions of the past which engaged in such bridge-building exercises, setting precedents for future Justices to follow if they hope to sustain broad public support.”
— Bruce Ackerman, author of We the People

“In this at once provocative and sensible book, Robert Tsai shows us that in the never-ending struggle for equality, progress is sometimes more effectively achieved indirectly. The rights to free speech, due process, and privacy, he argues, offer a way forward when more direct claims to equality would fail.”
— David Cole, National Legal Director, ACLU, and author of Engines of Liberty

“Egalitarians take notice! Our interpretations of the Constitution’s guarantee of equality are losing ground on every front. Robert Tsai urges us to pursue equality by other means. Rather than suffer yet more sweeping defeats by fighting on this most contentious ground, says Tsai, try for modest victories by building claims around other norms like procedural fairness. Tsai develops his argument via a great array of well-told historical and contemporary cases, and he is deeply alive to the perils as well as the promise of his proposal.”
— William E. Forbath, co-author of The Anti-Oligarchy Constitution

“How do you fight for social change during periods of reaction or when structures of injustice are deeply entrenched? Robert Tsai’s Practical Equality beautifully wrestles with this dilemma and with the everyday political challenge of defending the principle of equality under less than ideal circumstances. Through examples drawn from history and from the present, Tsai creatively highlights how embedded legal tools—which we do not necessarily associate with the fight for equality—can actually help to resist oppression. The result is a work of striking political and legal imagination, an essential book with critical insights for activists, scholars, and lawyers.”
— Aziz Rana, author of The Two Faces of American Freedom

“Recognizing that the efforts to achieve full equality in an imperfect and often deeply flawed society are invariably met with severe resistance, Robert Tsai urges that those striving for equality must be strategic, determined, resilient, and often patient in order to achieve their goals. The struggle is worth it, but as history teaches, the battle cannot be won in a day. Tsai offers important lesson from history about how to move forward.”
— Geoffrey Stone, author of Sex and the Constitution